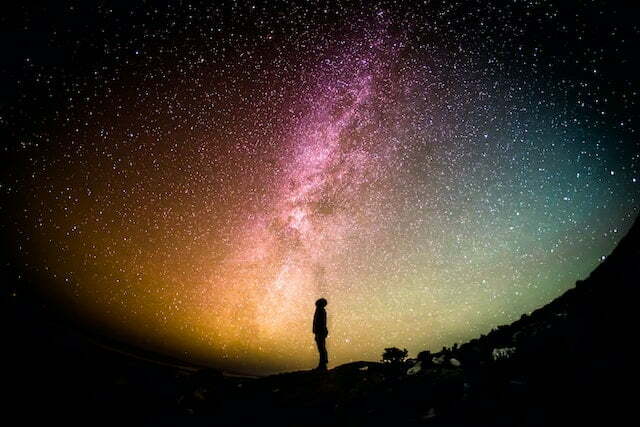 Question: Are these vast space and galaxies empty? Is there only mankind as conscious and intelligent beings?

The Divine attribute of life is also connected with the pillar of belief in the angels, and proves it by way of indication.

For the most important of all goals of the cosmos is life, and animate beings constitute the most widespread form of creation, with its specimens multiplied on account of their value; they constantly animate the hospice of this world with the coming and going of their caravans.

Further, the globe, which is filled with so many species of animate beings, is being constantly emptied and refilled as these various species are renewed and multiplied,

and animate beings are created in multiplicity even in the vilest and most corrupt substances, so that there is -as it were- a constant resurrection of microbes.

Finally, consciousness and intellect, which are the distilled essence of life, and the spirit, which is its subtle and stable substance, are also created everywhere on the globe in the utmost multiplicity ,

so that it is as if the globe were animated and caused to rejoice by life, intellect, consciousness and spirit.

If we take into consideration all of the foregoing, it is totally impossible that the heavenly bodies, which are subtler, more luminous, greater and more significant than the globe, should be dead, rigid, lifeless, and dumb.

There must, then, exist and be provided with the property of life, conscious and animate beings that animate the skies, the suns, and the stars, bestow upon them their vitality, manifest the result of the purpose for the creation of the heavens, and receive address from the Glorious Creator. These creatures, of a nature suited to the heavens, are none other than the angels.

No comments to show.